From The White Pages

One of life’s ironical philosophies is – “If we began believing and following all the philosophies, from the white pages, we would be scholars by age 18”. Certain things in life come by experience, either yours or another’s. I have mentioned this earlier in a piece posted in march 2017 on festival Holi.
Experience, in turn comes by our own intention and attitude towards hard work, learning and growing.  Somewhere the attitude towards life is a mistaken truth. And truth is a bitch too. This world is a perplexing imperfect piece of puzzle and life a biggest wonder. While we have millions of aims in our life, zillions of goals,  most of us begin our win and lose in life by competing!
Competing in life becomes healthy automatically when we realize the priorities of the goals.
We human species are the most intelligent species yet we seldom treat ourselves with most social niceties.

My last week's break fast at the south Indian restaurant was a big pain. I was appalled witnessing behavior of  well dressed man in the next table, give out rude instructions and loud criticizes to the waiter. Had been a while since I witnessed such a scene. But no, we ought to prove with time we are truly fit to be labelled bloody Indians. We know that the waiters are fools and in order to show how strong we are we ought to shower all our strength on them for no reason at times!

Plentiful folks out on the streets are still spitting on roads/walls, throw garbage on roads, having high-decibel mobile phone conversations but turn into model citizens when under scrutiny of known folks. The bloody soul inside me wakes up when I see orange peels and milk tetra packs in the play pen for kids, and I start picking them immediately.
Heard from a friend here in Doha, how a person was fined for spitting out of his car. Not just a fine!! He was showed videos  about cleanliness in the police station, stranded for hours, chided by police saying he was embarrassed to collect fine from such shameless person. Am sure it is impossible in the big India yet one Rajanikanth episode was what I could imagine in the police uniform playing out hefty hyperbolic dialogues.
We are always in tremendous hurry to get anywhere. Be it a shopping, a holiday, a dinner or any outing. Yet, seldom on time. We are the ones that are obsessive about queues. Folks love performing jigs with their elbows in the queue. Jostling, mumbling and shaking all over. Somewhere, we have engulfed our etiquette with traits to be called that bloody Indian though we have all capability to be proud Indians only.

The moment our plane touches down for landing, we spring out of our seats. yank down our baggage from overheard compartments and even before the aircraft can come to a halt, we have started stretching our neck towards the exit. Disembarking the plane is such a pain. We would love to jump down like Akshay Kumar if we were allowed to.
Waiting anywhere is not our cup of tea at all. Be it anywhere. At any air port, moment we have to wait we forget to zip our lips.
Why, we are in absolute rush to provoke verbal hassles with airline staff everywhere hoping they go apeshit in no time. And finally when they are induced with our verbal venom, we can happily post several videos of them misbehaving with ordinary passengers and accuse them of bullying like a bloody Indian. Or, if it was the case of cricketer Harbhajan Singh who reportedly accused a White pilot who physically abused a handicapped man on board, then we have called the pilot a crook for he used the term bloody Indian. (Now I do not intend to endorse the behavior of airline staff at all. Only a possible side of the coin perhaps is what I tried to look at).

Who won the game here? It's atrocious on mankind. There is no competition. Being polite is a curse! We are all smart now with smart phones in hand. Too smart to even think with our first and second sense or the most common form of sense.

Again, in sarcastic hush, we are the true spirited are we? Or at least with a hard-spine?  We are  pretty much short sighted in correcting our erroneous etiquette, yet in a competition to turn best in life. Whatsoever is the field. What on earth are competing for? We have lost an attitude in the course.

Attitude is an inner voice. It is just another word in dictionary but a rulebook for life.
Things change when attitudes change. We ought to know, where we are heading. Are we competing actually against nothing?

Being a perfect social animal is not a myth. This comes by practicing life skills, gaining our experience , not by mere philosophy from the white pages!,
– S0 says the white pages nevertheless! 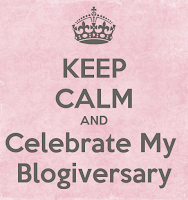 To all my dismay, my blog too has taken up roles of a spoilt husband. It can follow me anywhere to everywhere. The moment I am done with cooking 4 dishes, set table, do the chores and put lights off that the husband's taste buds  crave for that very thing that's not on my table. And these days the blog has taken up similar traits. The moment the laptop is closed, lights off and I step out of study, my sensory treat my cerebrum with creative juices in full.  Then I have to treat the blog secretly like how I would treat my Ex.

There's a reason for this madness.

Have you heard of this myth where people believe, couples staying together for 7 years bind themselves in a "Common Law Marriage"?. This is not true yet supposedly believed in few states of the U.S. It's the evidence how and why we often bump into this  messages on social media which says, once a person is connected to you for 7 years then you are together forever. Well, I am apparently trying to connect and apply it to my blog. Because I am committed to my blog!

Yes. Me and my blog complete 7 years of togetherness. If something called blog anniversary was a term more aptly applicable here.  Last few years I called it my Blog  birthday from time of it's conception. However, as we grow more number of years together, in full commitment, I found self-fascination for our mutual love and preferred to celebrate our 7th anniversary this month.

Now, how I end up taking kitchen-referring cases proves that we women are capable of  bringing out our culinary expertise and kitchen tales in any circumstances.

Because we women are possessively  obsessed with the kitchen.

Send us on a "ladies day out" and we  strike great conversations relating to  kitchen and food first, like offering prayers to our family deity.  Every time I train myself for marathon,  I wake up at 4AM on weekends and run up to 15 kilometers. Although, the main part of the brain is clogged with  strong signals warning me how I might reach my house with kitchen burnt down or flooded with spilled juice and sandwich remains. Now you see whey Ekta Kapoor fancied we women in silk sarees, seated on expensive couches grunting and smiling at family members, yet administering a full control over the kitchen. 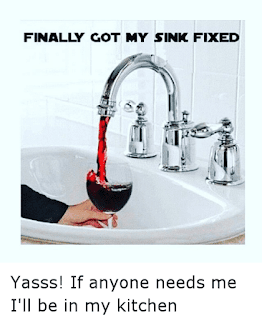 There exists these traits why I announce ourselves  the Kitchen Queen.
Damn the Kitchen King Masala. I protest, it should be renamed as "Kitchen Queen". Although the men can now treat the roosters with the right masala and devour it themselves, and even win master chef awards, we women,  have left no chance to actually give away the original supreme authority  of the kitchen. It is ours.  It belongs to we women of the homes.

Well, being my 7th blog anniversary, when I thought of kitchen tales to feed this post too, I was brainstormed by my self fancy for our kitchen awe.

In fact, what I must precisely be doing now is performing a thanksgiving day in my way. I must be thanking all my readers in my own way.

Yes, I began my journey of blogging 7 years ago in 2010 October-November  by writing little memoirs (Though most old posts are pulled off my blog, for a reason I shall announce early in 2018). I remember Satish and Seethakka's first  comments enjoying my first humour memoir. And there was Chowla Sir, who always showered praises saying I had a winners face and fueled  my attempts to stimulate my mind, creative skills to my fullest.

Soon I was introduced to blogger community called Indiblogger where more readers patiently survived all my writings. Not just that I went on to win a few blogging contests that further triggered  my desires to learn and do better with each piece I wrote.

My acknowledgments will be longish list though (excluding my lovely family), after the first few names mentioned above. Chandrika, Swetee, Manu, Rajesh Kamat, Sahana Madhyastha, Chaitra, Anupama Rao, Archna, Avinash, and ALL-Indiblogger peeps. There are more that I cant thank enough for their constant spirits of liking my writing and also congratulate them in return on surviving my every master piece, be it a poetry, travel memoir or humour posts.  Also, I thank the ones who have extended wishes for my continued journey too.

However there is one person, to whom I would dedicate my writing journey to. My Ajju. Grand -dad. He was indeed a GRANDeur of living, discipline, culture, values, so much full of life with his subtle humour.
He now resides across the rainbow bridge, right near the brightest cloud after the last ray of sun. There are no precise words to exclaim how he was  the first person to take my poetry seriously. Even when I laughed at myself while in my high school,  upon his comments "Baribeku magu (you must write child) " I did not attempt any writing even with he inspired me while being right on this earth.

However, returning promptly to my kitchen before I sign off. For that's our production shop. We produce cuisines, thoughts, blog posts, art work, gardening ideas, complete office projects and more.

If you need me anytime, you know where to find me.