AVANI
From the land of gold mines; dotted with varied sized rocks; the Rockies of Karnataka; a reminiscent of Gabbar Singh of the popular Sholay; lotus filled tarns; clusters of compactly packed colourfully painted kutcha houses; mystical primordial stone temples of medival era  in rocky environs. This is a wee bit of what AVANI is.


At a distance of about 100km from Bangalore City, AVANI is a small village in Kolar district of Karnataka. Apart from housing varied ancient temples, it is also a popular location for rock climbing. It has been a heritage site and a not so popular sightseeing site in Karnataka I would say. Probably because of not so craggy mountains which is a fascination for the trekkers or for the reason that most of us believe in the stories of Ramayana as "mythology". Apparently, I thoroughly enjoyed the rock climbing as well as the spiritual vibes around the heritage spots and temples nestled in the huge boulders with a couple of "serene sounding" tarns.

As you drive inside this village, you recognize the colourfully painted small kutcha houses. My fascination of an Indian Fairy tale. The popular scene of a rural Indian village where in beautiful women and little girls cat-walk with plastic pots carrying water from ponds or lakes.  Small shops selling lovely scented candies, local soda in orange and yellow, "beedi",  sachets of pickles, shampoo, tooth paste or mosquito coils hung in the exteriors, line up the non asphalted dung smelling roads. There is  something in these tiny villages. Guess what? The innocence. The loving smiles immersed in brilliant radiance of friendliness spells a cast of our rich social culture. 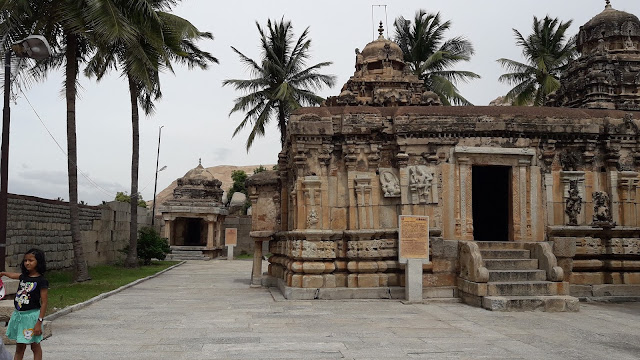 At the bottom of the hill, the first shrine that we come across is the  ancient temple compound known as the Ramalingeshwara, Lakshmaneshwara, Bharateshwara and Shatrugneshwara, built by the Nolamba rulers in 10th century. According to legend, Rama was performing Ashwamedha Yaga when his Horse was tied up by Lava and Kusha. Even after repeated requests by Lakshmana, Bharatha, Shatrugna and others, they did not free the Horse and fight took place between them. When everyone lost to Lava and Kusha, Rama himself turned up and had to fight. Later this was disrupted by Sita. This is a sin since the fight was between father and the sons and other relatives. Sage Valmiki then instructed the brothers to install the Lingas in their names for absolution of the sins. 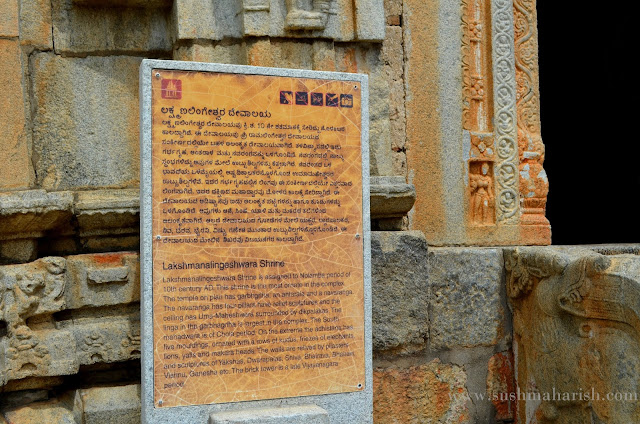 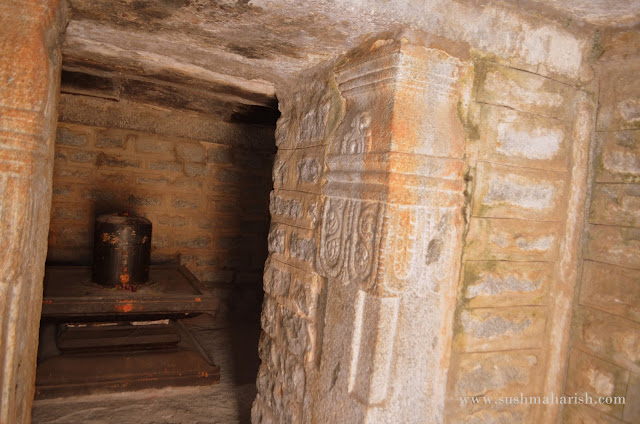 The entire compound comes under the purview of the Archaeological Department and is well maintained. I was overwhelmed to be greeted by a lady police officer, a tourist police and became out best guide for the entire day.


The local people have been believing that spot as in above picture is the one where in Sita Devi climbed onto to view the scene after Lord Hanuman informed her about the battle challenged by her twin sons on her own husband unknowingly about their identity. It has been neatly marked by arranging three boulders one over the other in memory of the embarrassing event. 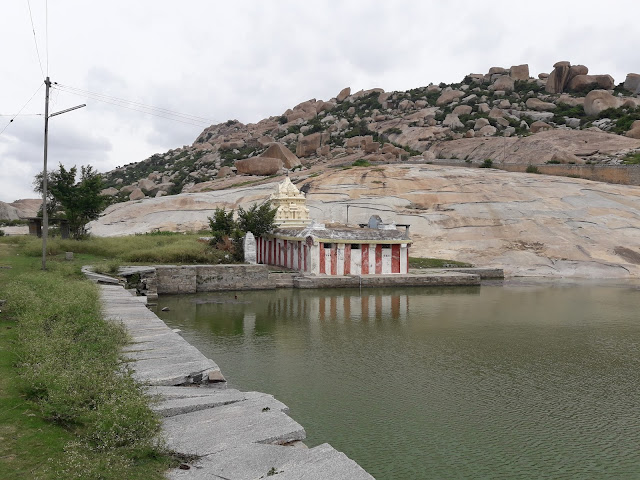 Nature's best gift to a rocky hilly area is a serene pond. Feels so full of life. The brightly coloured lotus just adds onto the peace it spreads onto your spiritual trek you look forward to, en-route the Sita Devi temple on the top of the hills.

As you begin your march of almost an hour , snaking among the rocks, sometimes sneaking onto tipsy cliffs or sometimes a few neatly constructed stone steps, you will come across several historical landmarks on your way. Iam afraid we did have no encounters with creepy reptiles other than little cute squirrels or some chameleons under every warm boulder. Most cacti plants attracted swarm of flies and that's a warning to steer clear your way off those thorny little green monsters. 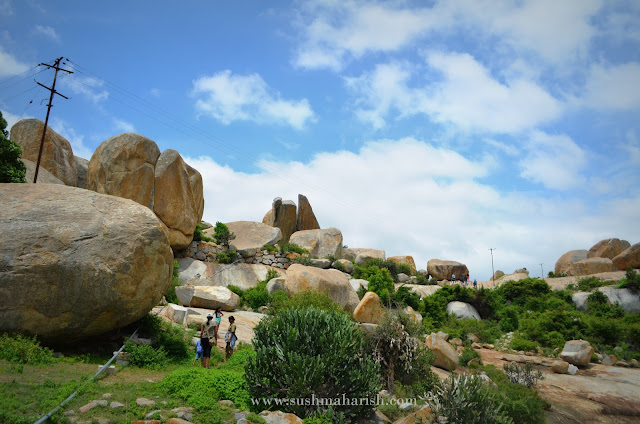 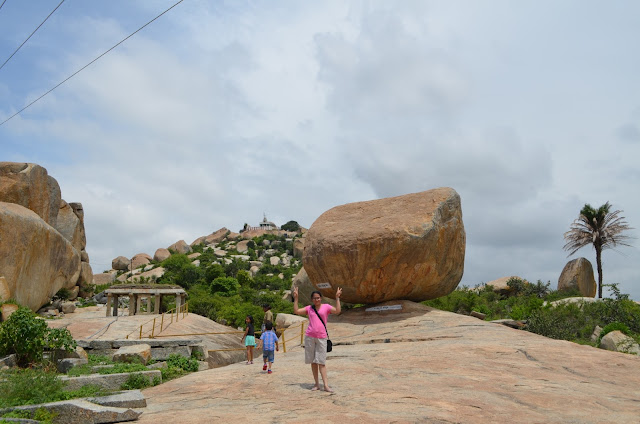 On top of the mountain far away in the background, we see the "Sita Temple" the landmark where Sita Devi calls for Mother earth to slide open and snare her within her bosom.  This temple is one of the rarest  temples dedicated to Sita Devi in India.

Maha Shivaratri and Ramalingeshwara rathostava are the famous festivals that are celebrated with great pomp and fervor here.

More on AVANI will appear as part-2 of this post.