The mention of Chitradurga in  Karnataka state, reminds us of the sprawling fortress straddled with seven hills. It became popular by the name of "Onake Obavva" who single handedly killed the soldiers from Hyder Ali's troop who broke into the fort from secret tunnel in the year 1779.

Chitradurga is a place about 200kilometers from Bangalore and the theme park is about a kilometer away from the Fort.
The best place to relax after wandering in the fort is the "Murughavana Park".  A theme park quiet well planned, well maintained in the rural locale, with stone statues of different taste. Absolutely serene; dotted with huge trees randomly for ample shade; uniquely built stone statues of various freedom fighters, common people, scenes of rural areas and plenty of extinct dinosaurs.  A pleasant park to cool your nerves even on a warmer afternoon.

This is only a photo based post and all pictures are i-Phone clicks! 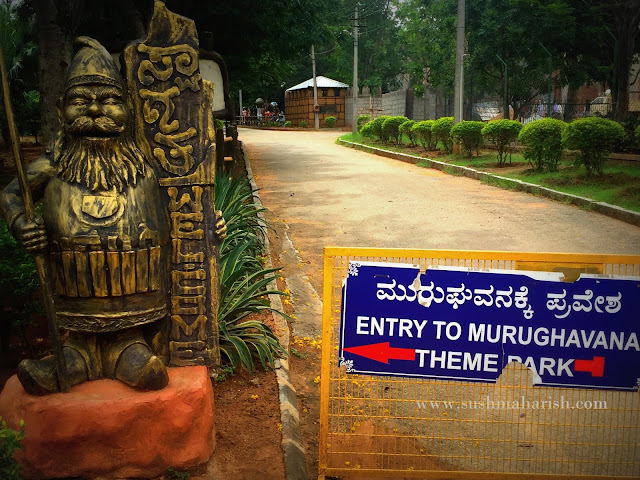 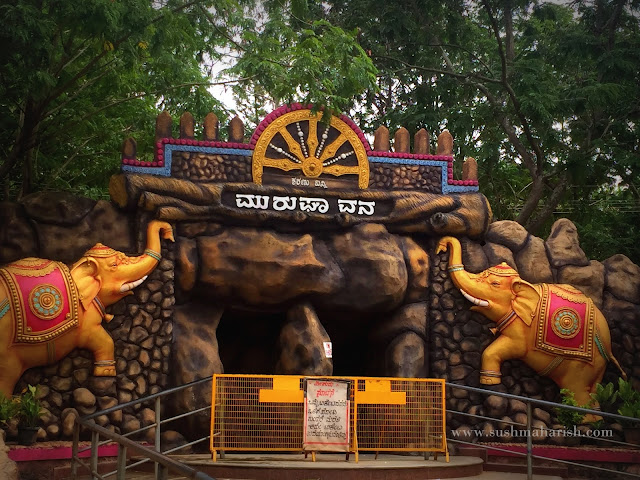 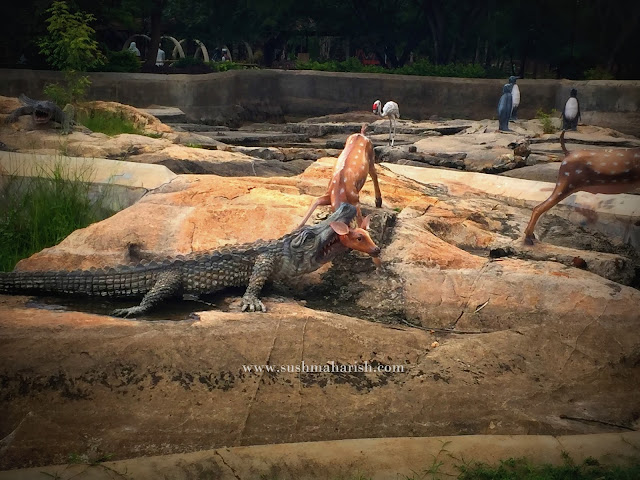 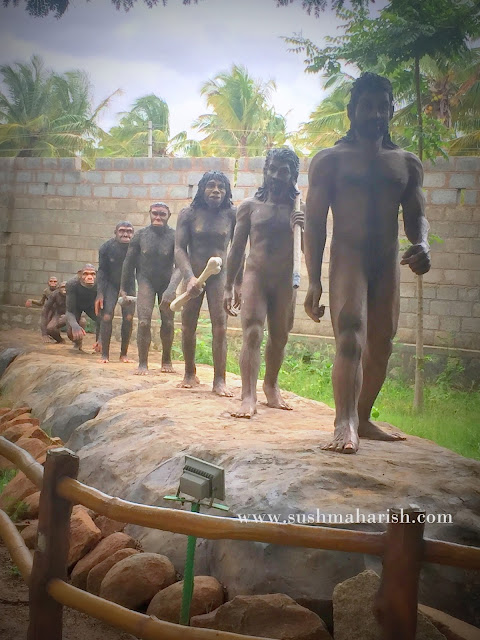 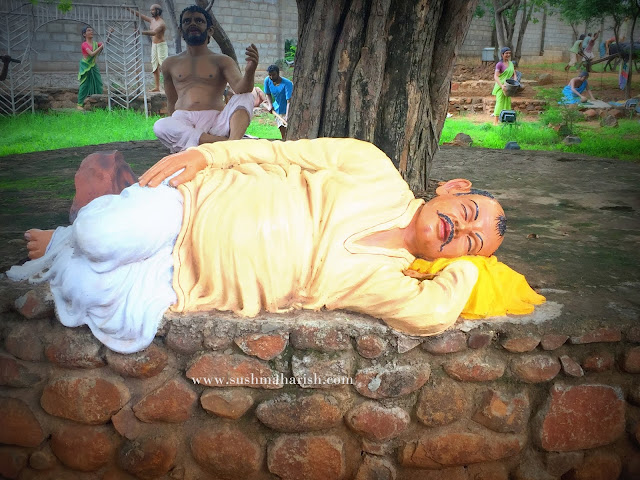 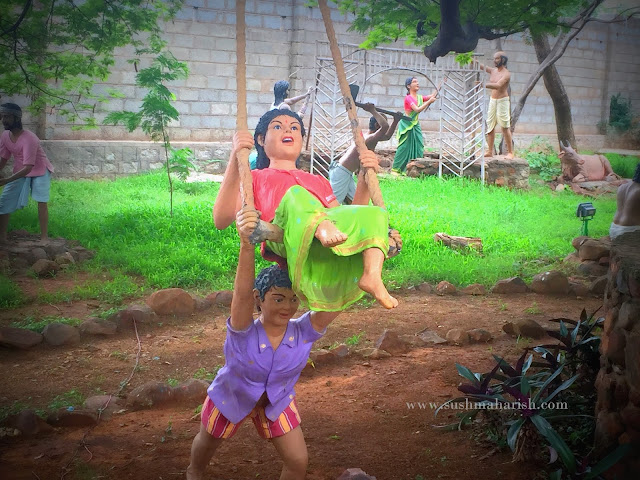 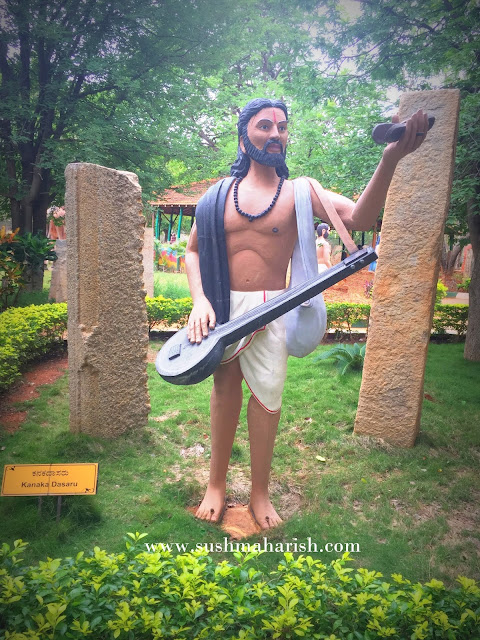 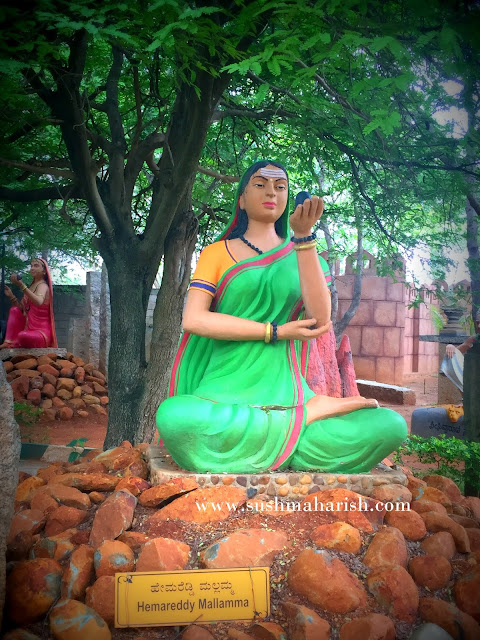 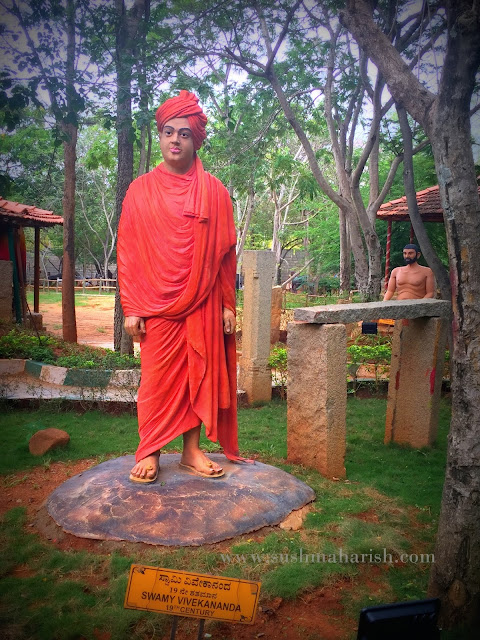 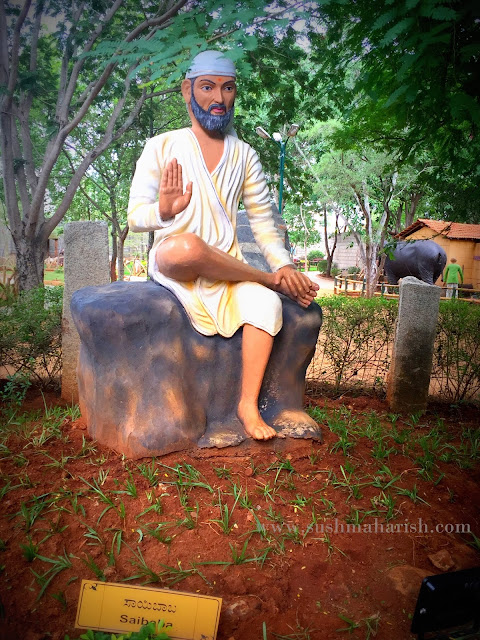 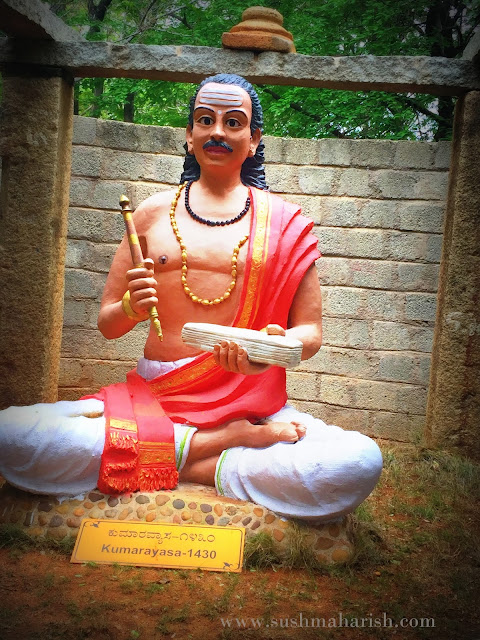 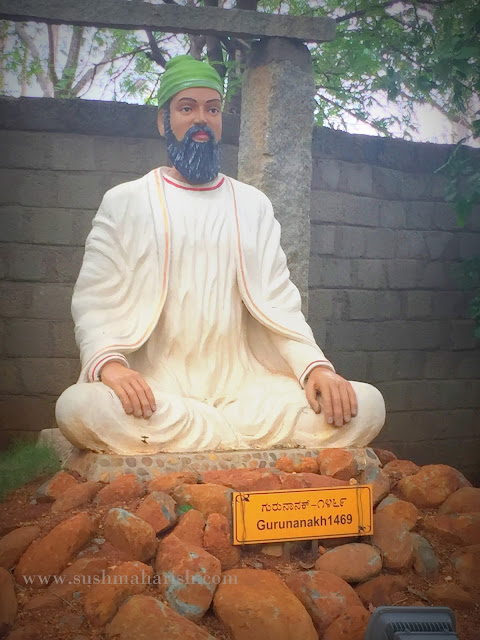 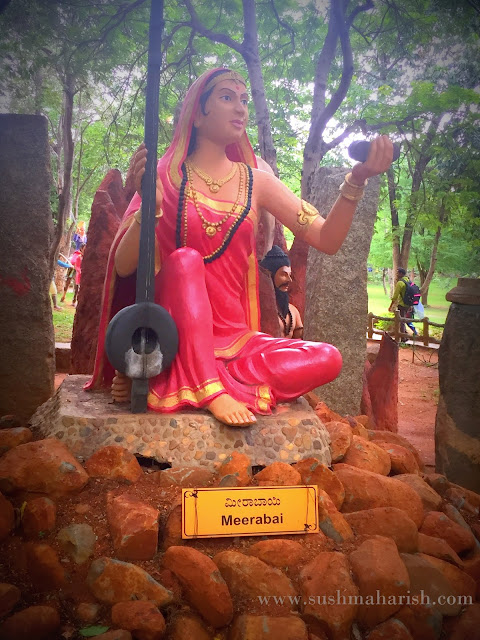 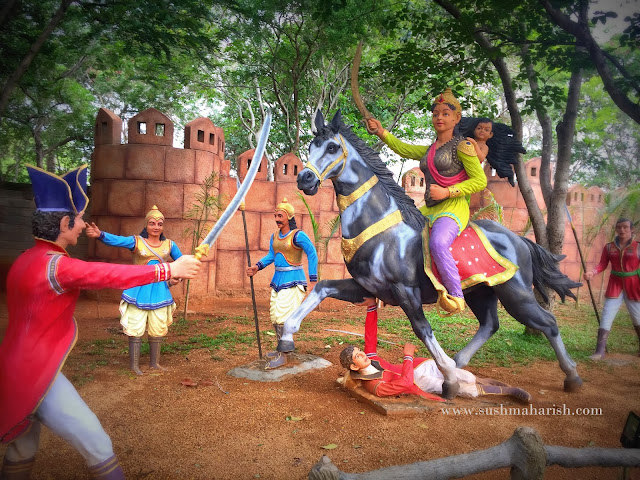 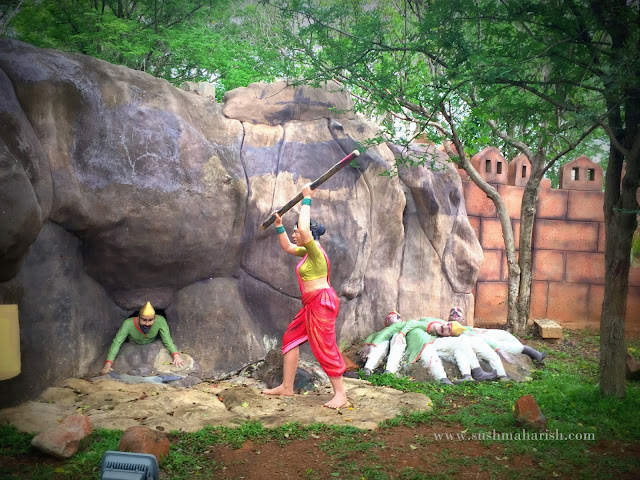 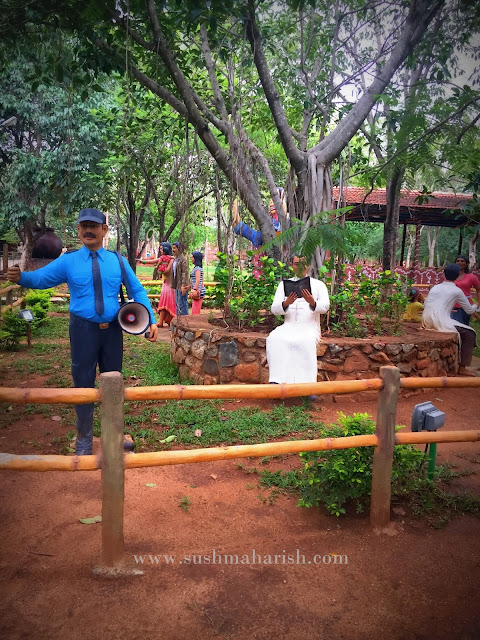 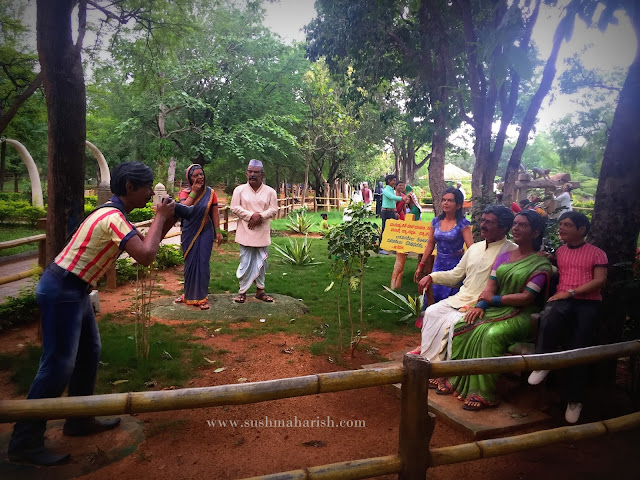 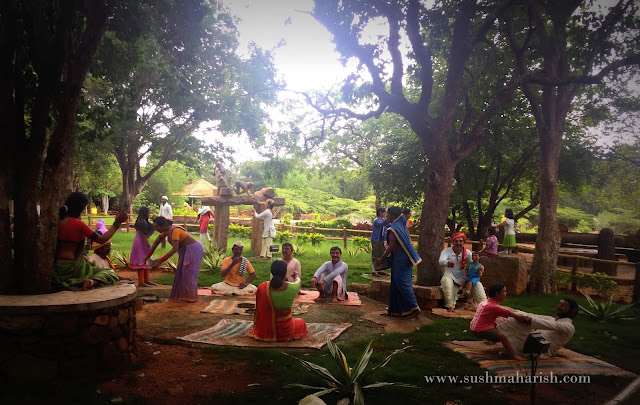 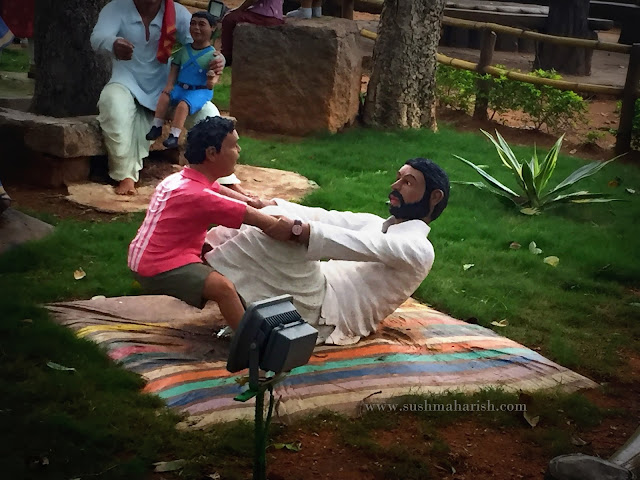 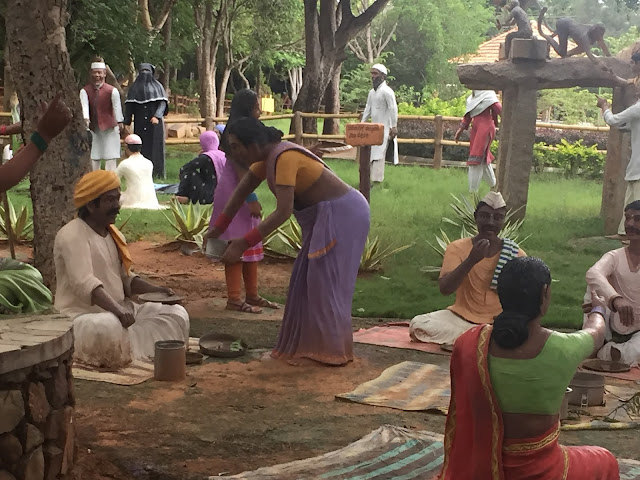 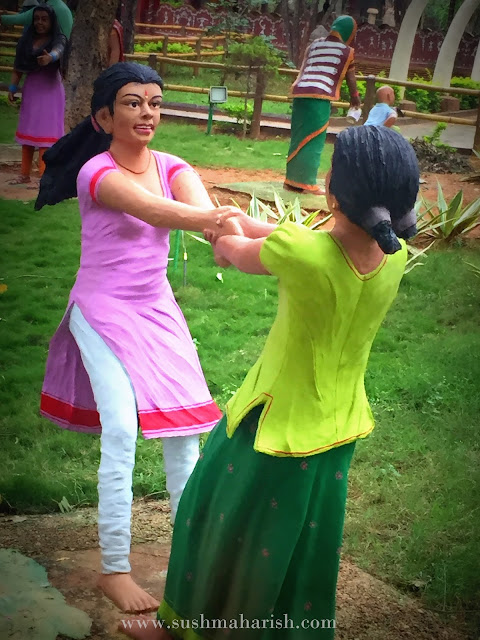 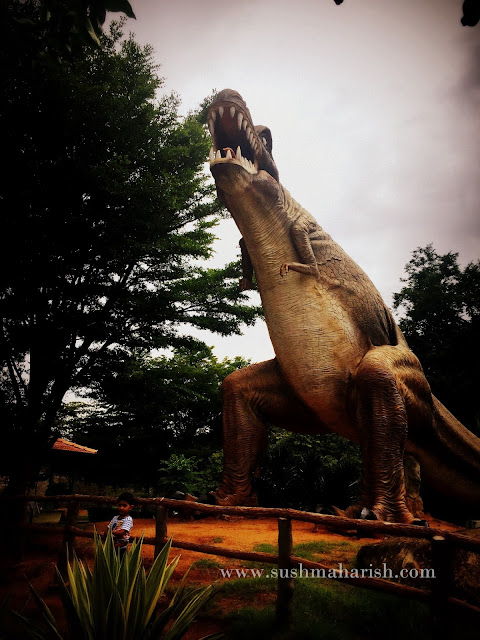 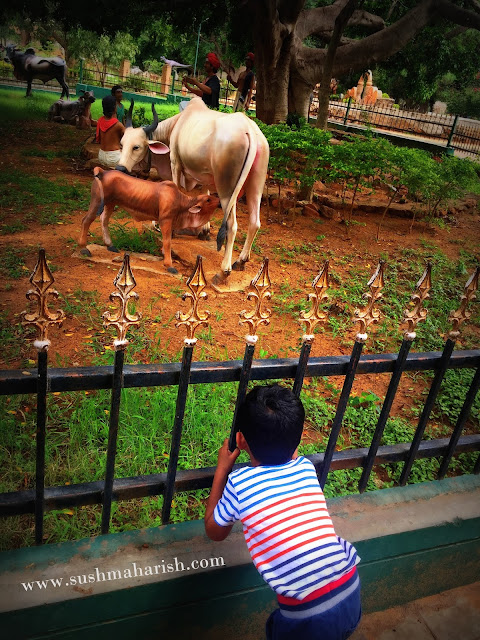