I dislike this new app called "NO to Deepawali crackers"discovered by liberals . Close the App and open the "I love my Culture; I shall abide by rules and limits to enjoy it" app. We smart people like smart phones have scrounged in too many apps in life. Trash them. Refresh memory, recharge self and add in beautiful apps.

I am a true bloody Indian! When it comes to festivals, I am even truly traditional Hindu. And when it's Deepawali, I loved doing hopscotch on roads midst red coloured crackers scattered all over. Some half burnt that might just buzz right on you! Yet, loved standing along the road along with other neighbours and few street dogs, watch the men throw the crackers as if they went spinning the cricket ball like Kumble or if they just planned to bomb the neighbourhood, light a rocket and flee as if for life. It was little of pest control too in our mosquito filled native. I miss all these fun!

Now, to calculate why  crack the C called CONFUSION. The confusion of human ego as to banning fireworks for Deepawali that forms part of culture, and carelessness of environmental regulations. Dear oh, it's our festival, it's our culture. Light oil lamps, don't save on oil. Burst a few crackers not someone's ears or foot! Forget the weighing machine and hog on all those delicacies, sweets  and savories.

Let's not get into figures, but the fact that fireworks and crackers form beautiful part of festive celebrations. The illuminations with lamps and fireworks hold significance to victory of good over evil, indications of the joy of people on earth.
Be it Deepawali or Christmas. With the pollution standards to be regulated by government, over different kinds and sources of pollution, we ought to take oath to point the government on environmental regulation standards for which we need not compromise on celebrating 2 days festival in the entire 365!
It's become a fashion liberal trend to say absolute NO to crackers.  Pollution is the heroic reason. Why not, We mighty people have buckled up for a race. Who spends more on crackers? We human race are into big time race everywhere. Heard that children find fantasy in flaunting how many thousands they have spent on crackers. Less said the better. Beautiful confusion of ego with pollution for an No to crackers.

As for some, the very concern on why child labour encouraged in making the crackers in India. Even if it were true, at the least, that's damn not a reason to not enjoy your beautiful culture of spreading smiles through some crackers apart from sweets and love. Spare a thought to the Indian women labour involved in the making. Their long hours of labour is their bread and few hours of your fun. In fact it's more of women empowerment here.

Craving for attention, now  big boards go in hands of cute child. The board will say "I have asthma, Say No to crackers". Dear oh, please bomb your fireworks in decently open ground and not across your neighbour's window sill. And the same child will next year be acknowledging a "thank you - loved the fire works".

The cities where normal people have to jostle and jump to reach their respective offices on time each morning, are stuck with the more pollution in air already. But finally puffing and panting, they relax for Deepawali spreading eternal peace and want to say no crackers please. Dear oh, get on and  enjoy the sparklers for an hour in the entire 365. It will brighten up the child's face. We brave hearts, have gathered the absolute courage to lift the boards for most Hindu festivals on complete banning of all the festive mood. Now we need to gather that extra courage to amend them to saying "control your limits on the air and sound pollution" You draw your line. The already polluted laws and regulations along with air is apparently a burden on government, as my 'no crackers" is not going to suddenly clean the air. Also gather that extra courage to save such boards every festive season. Christmas fireworks, and the quagmires reeking animal blood  in public places during Eid. Pollution again! And also shove some boards onto the doors of the activists when animals are abducted to be savoured for festivals.

These small gesture we make will make us love law. When Deepawali is round the corner, do get busy lighting those beautiful mud lamps with oil and wick. Lord Rama was welcomed this way and even if we wish to decorate our houses with big coloured electrical lights, it is spread smiles and love not a ball of envious fire onto your neighbour's stomach that he rushes to nearest shop to get a heavier and bigger lighting. Say no to ego not celebrations.  Dear oh, crack the puzzle. It's inside us. Burst it out with loudest noise, and those fireworks with least.

Mind it, little fun is eligibility alright! But when a friend had to relocate her child every Diwali to a different location, she had to actually beat the doors of those around who flaunting tons of crackers burst at their doorstep. Pinch his ear and tell the neighbour, "It's festival darling. Spread peace and love, by drawing your line and not migraine by almost bombing the place with  cheap Chinese crackers. Because the mighty city Indians might soon as well end up preaching "No to Agarbatthis-they spread air pollution". Culture and traditions have to be experienced in their right dosage and loved it that way.
Le's end the "Confusion" not the "Crackers!! Let's save the Hindu culture and kill the ego not traditions.

Thoughts  have been churned in here with essence of logic, culture and a right message in festive spirits. With the extra bit of intellectual ideologies, remember to say No to all those extra bits during all festivals.

Giving it a personalized touch with my words and my preparations. 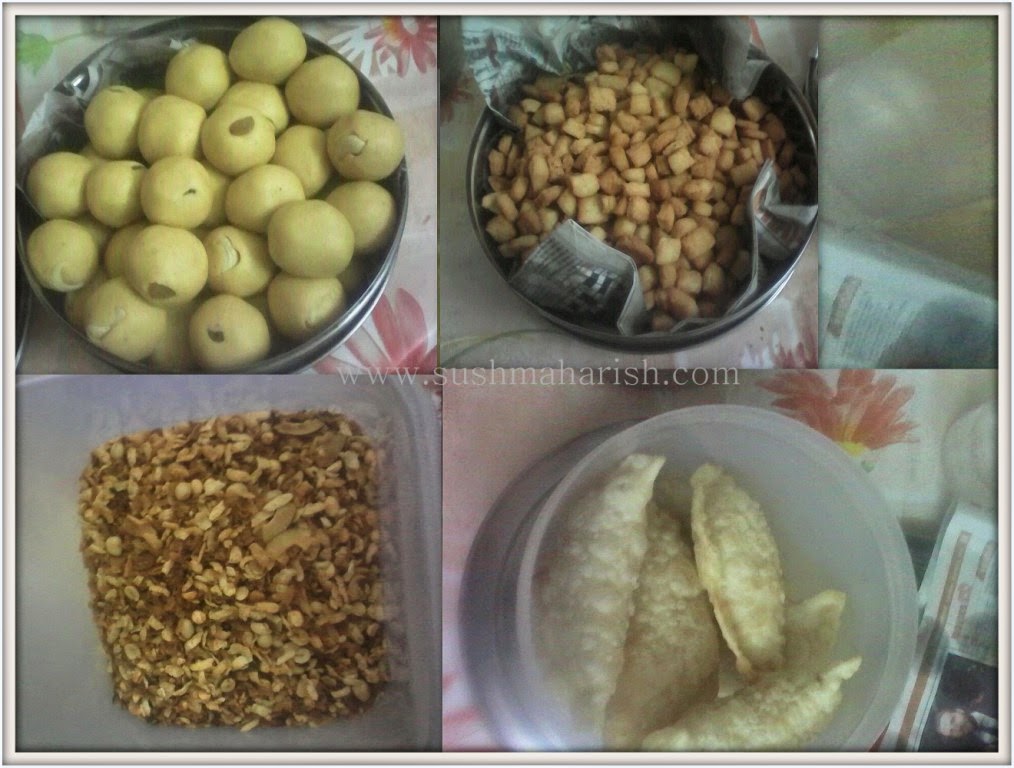 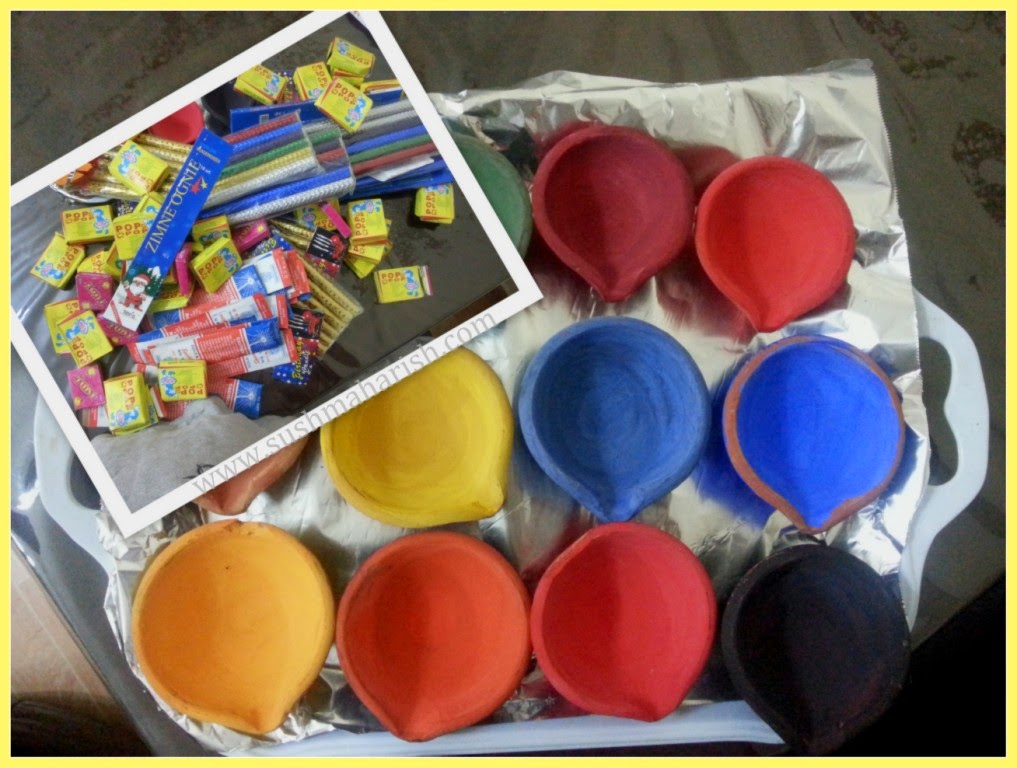 In fact, am going to expect 56 inch chest PM of India who has just vaccinated India off corruption and has intensified the process of country's progress, to in future add the feather on cap called "Disney India" where lots of fireworks be held and the same people you see here holding big boards will buy tickets to watch the fireworks.

For those who understand my plight of being bloody Indian in writing this-cheers.
For those who are still confused- do refresh yourself and come back for cheers!
Because I have this bad habit of writing and writing what is right and what I know is right.
Email ThisBlogThis!Share to TwitterShare to FacebookShare to Pinterest
Labels: festival, humour, personal
Newer Post Older Post Home