You ought to savour this extra dosage of "Manipal" from my every cell of memoir. Evidently,  every wink before a sleep connects my nerve cells to those photographic memories of a Manipal street that brought me up for years. Unending noise on that street seemed music to ears, an unpleasant odour, especially the open roadside fish market was part of the routine. A typical scenario of the late '90s. A stretch of a kilometre that exclusively presented odours of the- hospital staff, masala dosa, fish curry, or the dust swayed by zooming local buses.
Roads flooded with bikes, autos and those road runner busses. A shrill whistle by that nasty bus conductor as the bus pulled off the station happened every other second. The bus-stops predominantly share an intricate history, meant for the stray dogs and cows as a shelter for god's sake. "Which human being would ever wait in there?" was the fashion. What a shame it was if guys scattered not on the road for a bus but at the bus stop!
Few groups/pairs of people seen assembled around the place as if, for a champagne party, were true signs they actually waited for a bus. The velocity of an approaching bus, could often confuse one about the timings and placing of its halt. Vivid types of, sized and coloured buses decorated the local town. The typical Madhuri Dixit in Yash Chopra films running through greens with hands wide open is precisely the style how conductor wafts out of the bus...singing his plastic whistle. At times a silent audience can note gravity observations, if the bus almost collapsed on one side of it, or was just ready to take off in the sky. Buses zooming on the street at supersonic speed and few careless walkers at lesser than the "2G" speed confused each other of their destiny. A mindlessly walking pedestrian would thoroughly be threatened by the noisily zooming bus, to run over him!
Healthy street is what you must call it...At every step, you find either a pharmacy store or a restaurant. Occasionally a supermarket showed a presence promising you of domestic needs too. Manipal Drug House, Manipal Stores, Manipal Canteen, that's how all these were named. An newly opened Manipal Studio or Manipal supermarket adds on. If this sounds so synchronous to you, for me it adds a touch of home.

The main street of Manipal bubbled more with the young generation. The stretch between the medical college and the engineering college collided with young students. One side saw multi-coloured jeans and T's other side came less coloured, hair well done one with white coats on! The ones with heavy books in their arms and were those with white coats and, the other side matched them loaded with big wooden rectangular boards (used for engineering drawing) or monstrous sized measuring scales tucked under their arms.  The scanty population in the crowd were often the uncles and aunts. A few were either teachers or some of them managing the banks there. Manipal streets did not commonly see families walking together except for temple, park or residential colonial area. The major crowd that filled the streets almost 24X7 were the whole set of people/patients of all ages, visiting the main hospital. People from the neighbouring states poured in, paying religious visits here, owing to the technology that popularised the Manipal hospital.
Reminds me of my grandfather tales. As he was engrossed in priestly activities in a temple few kilometres away from Manipal town, how his friend in his "Munna Bhai MBBS" outfit, with his rifle, actually hunted tigers in the jungles of Manipal in "his" times. Perhaps in the '60s is what we are talking of or little before that too. And the popular "Tiger Circle" was that area christened so with its history of finding the tigers commonly. Our present scene of the 90's often saw hyena's, foxes or wild monkeys from the leftover existent bunch of trees.

My words building that image formation in your mind apparently, is what precisely am trying to narrate. That busy Manipal street, that my eyes saw in my growing years, has grown too now and changed in shape and looks. But I bet, someone tells me those buses have mended their ways or used the bus stations at least once a day! Now it hardly means the buses are not a great experience. They are a part of best adventures for one, in Manipal. A good pal that promise your every visit around the town on or before time!
Every visit to this place today, loads these scenes onto my memory though my eyes view the newer scenes of newer Manipal. My pal.
Email ThisBlogThis!Share to TwitterShare to FacebookShare to Pinterest
Labels: manipal, manipalblog, memoir 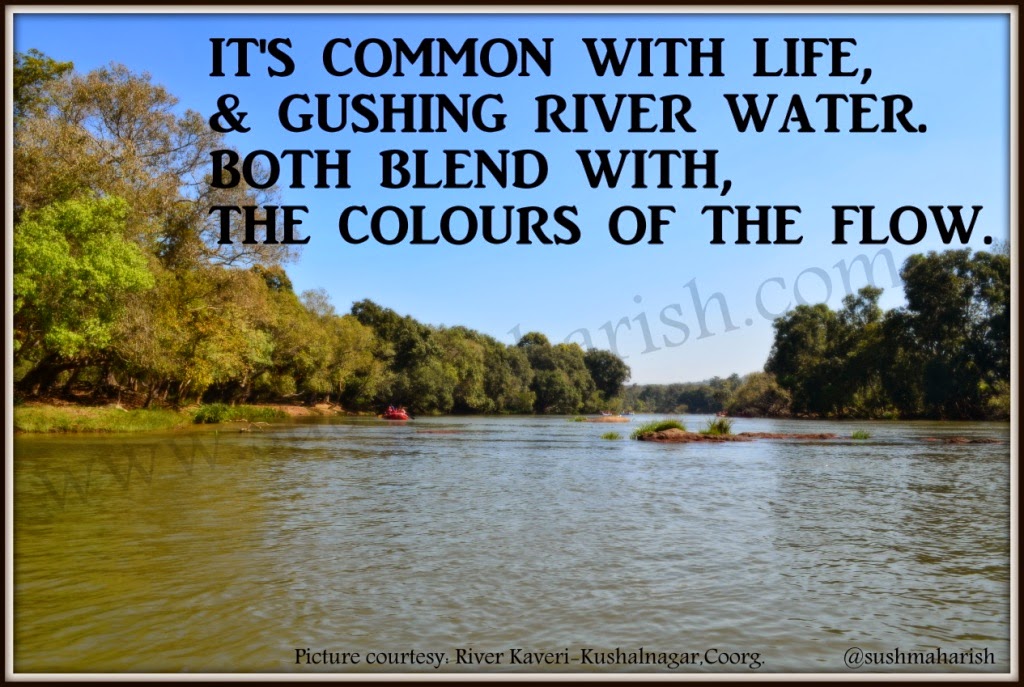