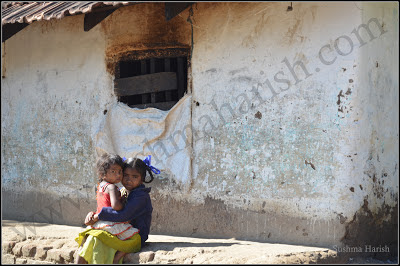 With the growing reports of crime called rape in India it can not be concluded this crime increased now. It existed in this men ruled society always. Today it is the media that brings it in limelight and at times blows it off too.
Stop rapes in turn only points at respect that woman and give her the freedom of life.
Email ThisBlogThis!Share to TwitterShare to FacebookShare to Pinterest
Labels: life, poetry, social., thoughts, women

In the maternity ward - There is a deep nurse voice saying "Sorry, It's a Girl".  Unfortunately this opening quote was spat on my face one day, and I had abused my mindful to that deep voiced nurse, welcoming my newly born daughter.

A GIRL- traverses her journey from womb till  till her death bed ,with a trail of voice following, every where on this earth, reminding her of her weaker stereotype, an unwanted species, still the bearer of progeny! This is the ironical supremacy of men that they carry on their heavy shoulders.

In a happy living room among happy family, there is one warning voice saying "You are a girl, behave, learn to sit, learn to talk, learn this...learn that...". A school. There is again one voice, for sure yelling "you are naughty. Behave. You are a girl, not a boy". In a college there are voices yelling "Girls, learn how to dress. Not less, not more"..and the limits are limited to the thinking of those voices that confine "That girl in a matchbox called Shame". Girl-Dare you get out of your match box there are wolves called super men set to pounce on you.
Behind every voice is that sexist. Every human has a sexist in him/her.

There's yet another beautiful world in this same space bombarded with many other voices. "Behind every successful man is a woman"- Girl you are the ultimate power. "There is a mother in every woman"- Girl you will be respected and worshiped. These voices grateful to the female stereotypes are the ones that balance the woman's respectful living. Putting up a balance scale is waste of time. Our world has shown every proof of a typical culture obsessed with male egotism. One for show, One to act. Our women are physically, mentally tortured every second. One spends lifetime confined in 4-8 walls. One spends 4 months in Space. One has a majestic wonder of the world built in her memory, another is thrown away on roads or barn after being brutally tortured. Let's blame the man, lets also blame a sexist within us all.

Every second, India sees one case of a woman being harassed, tortured, mauled.  Call it a molestation, a rape. Curse the weak law, lament over the even weaker government of India. Blame the Police and securities. Ultimately we tend to also discover that percentage of a sexist voice within all of us. We want to abuse Bollywood displaying movies that trigger violence and sadism in the weaker men. But keeping in mind for Bollywood movies like "Mother India" where the mother kills her son over the security of a woman. It's inside every one of us that can strengthen any law, any government.  The smallest entity of any system is that human whose voice should balance that "sexist' within him/her.
Male and Female from stone age have been coded and decoded for their difference in stereotypes  They are different, not rivals.

India's notoriously named Rape Capital demonstrated its dirtiest proof this month as a lesson for not just government or authorities but to every single individual. The most brutal rape, physical assault ending in death of young aspiring student. Behind every such crime lies a voice, of sadism, ego, frustration, lack of education and morality and that unending list which we all know. Don't we? (Stamped Foot).

Of all, I demand we tune this voice that can make woman not just a beautiful body but beautiful human and most respected. Let's not simply shout" stop rapes". I want to shout "Hail you girl" and ban "Sorry it's a girl"! I demand - Don't hurl  bricks of hatred on her, but find the Cinderella in her!

One of the oldest axiom for sales is the "perception of reality". What your customer perceives to be true is what will drive their behaviour. And to demonstrate this, expert hands on the product knowledge is the key mantra for selling. Branding is a side effect of it, if I could call it so. How else would Star Bucks  make people stand in queue for hours when your wife can make better coffee at home!

I was not surprised upon learning yesterday about Chandni Chowk the Delhi's shining oldest busiest market square, a big crowd puller, went online!  Paralleling this growth of technology and access to information, marketing tactics, as any company's primary philosophy remains its concentration on it's "Product Knowledge".

How important is Product Knowledge for Sales People?

Have you ever thought why did you loose a particular customer, when your product had almost everything he/she was looking for?
Did you ever think how competitor with the same product is able to make more sales than you?
Is competitor's product really superior than your's?
Do you really know your product inside out?
The answer to all the above questions is "Product Knowledge". In all my posts I always stress on the importance of product knowledge. It is always necessary to have a proper knowledge about your product. This will not only help you win more sales but will also help you have an edge over the competitors.
Having an elaborated product knowledge will help you handle the objections from customers in a better way.You will be able to explain in a better way and will also be able to present those features which customer is looking for, making your presentation more customer centric. On the contrary if you do not have proper product knowledge, even if your product has a particular feature which customer is looking for, you might not be able to explain or present that feature resulting in the loss of sale.
Product knowledge to a large extent helps in boosting your confidence when you present your product/services. You clearly have an idea what you have to present in front of your customer and how best you can position the product/service to meet all the requirements of the customer.
The best way to have the product knowledge is by using it. It is always recommended to use your product and understand its features before you start selling it. It will give you the fair idea about the product's benefits and its short comings. Moreover if you are able to experience the products and services of the competitor, you will be able to explain how your product is different and hopefully better.
Just presenting the brochure to the customer does not help, you need to have the proper understanding of the product because written words and spoken words are very different. You can also have a better product knowledge and understanding by meeting existing customers and asking for their feedback. Try to make it clear that you want brutal honesty, since there will almost always be ways in which your products are both good and bad and the more you know about both aspects, the better.
More importantly your sales pitch should not only cover the benefits and advantages of your product/service. Honestly customer is not interested in that, the way your product/service meet customer's requirement is of more importance. And you can communicate the same and position your product accordingly only if you have proper knowledge of your product. Being too technical in explaining your product is also not advisable. The product should be presented in a way that is self ex-planetary.
The sales people should not only depend on company's training for product knowledge instead they should always keep themselves updated with the new and added features in their product/service. This would help in gaining a competitive edge and at the same time making more sales.

An investment in knowledge pays the best interest.

This isn't first time I go on with  my prefect "mommy philosophy" after I wrote "Thank Her Why's, "Mamma I am Rapunzel, Barbie and the Pink and many more.
Introducing another "avatar" of my little one who is not that little for the world though. She can dress on her own, do her hair, dance in front of mirrors for hours. So much so that I at times need to imitate her school teacher yelling at student calling out her full name- like a roll call in the morning class! And then a faint''oh did you call me?" will be the meek response.
Besides, her wardrobe is sure a mesmerizing exhibition piece that I can turn on to show my guests when there isn't much to talk.

I have some great friends who help me out with ideas pouring on how to keep this busy mind going in holidays. She can shoot questions on me aiming the rifle right over my head, and at times be lost in her cozy play world with a new apparel every hour, a different handbag, some branded sun glasses that her dad bothers to pick for her. Neither is my dog not is her toy "Minnie Mouse" spared when it comes to "dressing up". 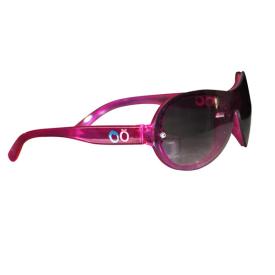 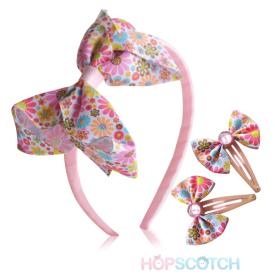 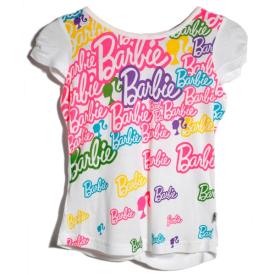 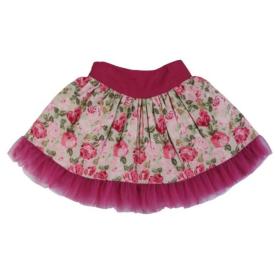 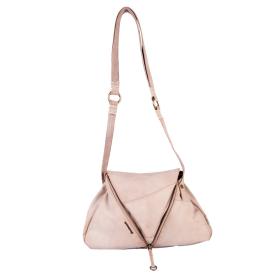 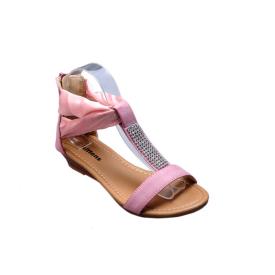 I love this top for its colour and my favourite character's name being on it. Wow, Barbie. The skirt is in a delightful shade of pink with floral design. I love mini skirts. I have mad craze for handbags and so does my wardrobe. This little handbag is just perfect for me..like I love this thingy.  Choosing one pair of sandals is like a life times job for me. This pink sandal is apt for me this winter holiday. I could show off my nail polish too. The hair accessories are colourful and am going to use them only with this set of apparel. ummm cant wait to try my cat walk and each time my mom screams her lungs out not to act "too much"!.