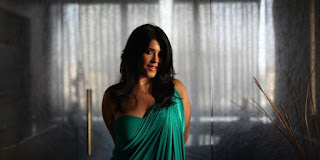 Just as wild as the summer air is my musing over the gender wars. Ohh the women!....Ohh these men!! and the rants that make our life much easier. Not any will escape who hasn't used these terms. None! To be sober, John Gray has put it practically as Men from Mars and Women from Venus. Now what difference does that make if I said the "Johny Walkers" versus the K's?  While the men are happy with a JW on their table, the women love to plonk on the couch watching the world famous saas-bahu serials.

Now that I have stereotyped the gender, the feminists and the rest are firing at me probably.
Apparently, I do not have disclaimer for my posts but if I did, I would say, this is a general case and does not stereotype "All men or All women". The sole purpose of the read is to make you laugh since laughter is the best medicine, and these days apples cost a heaven to be consumed everyday. And no animals were harmed in the making of this post. If that sounded quite appropriate.

Tighten your seat belts for the take off, of the  reading, and do so  during the safe landing of the entire reading. This ain't Air India, & please trust me, this will take you to the right destination. Promise you that.

For ages the men have been traditionally vanishing from wedding and birthday parties in the odd hours for a "quick drink". Keep walking Johnny Walker. A woman could not blame the JW anymore. Jai Ho Ekta Kapoor. She did it. She is the soul who showed glowing path to the women  in providing equal opportunity in the society with her K-serials. The K-Serials.
What a lovely pairing. The JW and the K.

Tulsi alias Smrithi Irani the heroine of K-Serials made a life time achievement by her enchanting spell over the Indian Bahu's who made every effort to keep in pace with the JW's. She has grown to the extent that few country women have started reciting holy chants and fall at her feet as they see her. And I am not speaking out of my hat. This was the case when Niteesh Bhardwaj was casted Shri Ram by Ramanand Sagar in Ramayana and the country folks fell at this feet with divine respect.

Aah. That is not my business, yes. But the benefit of doubt was my concern for Ekta Kapoor. She is so much wanted. (a tear in the left eye). The Bahus really lacked leadership abilities and not one did dare to publish a book on " 10 effective leadership qualities for Bahu's". From how you deliver a tight slap to simply "anyone!", to  how you carry yourself with extra heavy jewellery and the colourful heavy garments that you wear. And oh! much much more.

And please behold. Big applaud, now comes the proclamation:- JW says "Drinking makes me think" and every K has the right to say "Ekta Kapoor makes me act". One nice "tight slap" to the male dominated society that has made an historical impact from the capital of country to the southern part in almost every alternative soaps of the mini screen.

Now that we did care to stir the turbulent thoughts in the mind. Settling down grazing the holy to holy shi*. The age old cross gender war has slammed so much of material for study.

By default the women ought to be crowned for their technical abilities on pinpointing minutest details on how their counterpart are caught talking over their  blue tooth almost all the time. The equally able men who may not recognize the new salwar kurtha of their better half, still manage to catch them with the cell phones in the washroom or while frying in the kitchen.

Excuse me, I want to be diplomatic when I say that the JW's who had every opportunity to tease out the women in trousers for trying their hands on jobs  that were supposed to be labelled "only for men", have a range of regular beauty care products out in the market. Easy maintenance of the handsome crowning glory. Equally strong.
Let me be nice.

Men, the noble husbands who were once the"head of the family" have learnt to support their better half today by making their own tea, work from home, yet leave no clue to the mystery as to how they can not trust the budget estimation or route map plans made by their wives, her driving skills and so on. An extreme challenge to the K- woman. One waits to blow the devilish trumpet over the inability of the other over accomplishing something.

The wives fully utilizing their K strengths can make the most squeamish face at their hubby darlings on how a big white towel 1 foot long and 1/2 foot wide is not visible to him in his own wardrobe until the "munne kee maa" finds it for him.
Who scores here, team JW or the team K?

Surely there is much stuff for feminist rants of various degrees and also the stereotype wars that are keeping the social media buzz on so that the "job creations" banner is never under utilized in Bhaarath.
The magical cast of the JW evolved over a longer phase than the K- factor for saas-bahu leadership qualities. Yet the match is perfect over the tight impact of K maatha.